I am currently making a self-published book under the group name "Gorilla Bunnies" (in honor of Guerrilla Girls), but in the process I got gay-bashed the other day.

This entry describes the event.

Two ladies are refused entry at a Love Hotel 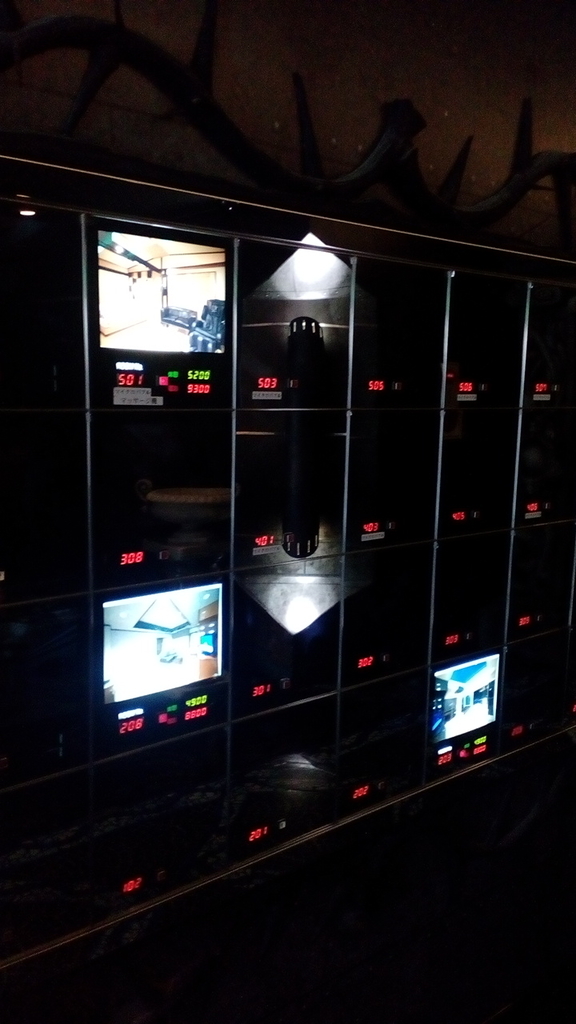 I went to a place called "love hotel" in Japan which rents out room by the hour with my editor Ms. M to shoot the cover of our book "Until the penis arrives at the uterus" (yes you heard right, that's the title).

In such a hotel there is a panel which shows pictures of the interior of each room. However, the most worrisome thing for me was the price; not the interior. Production costs occur in unexpected and places when you try to make things. Yes, like paying for a Love Hotel room for a shoot.

"Which room should we get?"

As Ms.M and I were conferring upon which room to use, a sharp voice came flying from the reception counter that seemed unattended.

"Two women aren't allowed to use our rooms!!"

The receptionist said this in a scolding tone as though we were shoplifting or something.

First feeling that sprang up: "that's not fair!!"

The first thing that came to my mind was "that's unfair!." There was a black mirror covering the reception desk. I can not see who is criticizing me but THEY get to see me. I thought the asymmetry of information was unfair.

I am not criticizing that the employees are hidden. Probably a necessary gimic to protect employees.

Operation based on discrimination

Then I thought, "We're gonna pay money properly and have not done anything bad so far nor in the future, why will you not let us in?"

I seriously don't understand the logic behind refusing entry of 2 women who will will pay and also will use the room nicely.

For example, let's say that I threatened a male with a knife on the roadside and brought him with me to the hotel. The hotel side will have no problem accepting me and the guy as guests! This can not be understood logically.

No matter how much money you pay, we will not accept you as a customer and will not let you use this facility. The reason is clear, its because they thought we must be lesbians.

This is the same as saying that someone can not use a facility because of color of the skin, where the birthplace is, or so on.

In short, the business is operated with just discriminatory feelings without logical reasoning. So lame.

By discriminating by emotion, by deciding people as "strange" by appearance, who's gonna be happy? No one looked happy in that hotel lobby, at least. I suffered mental damage in this case but I more than that, I was embarrassed. "I am sorry this country is like hits."

The media keeps saying the Japanese will wow the world with out "OMOTENASHI (hospitality) at the 2020 Olympics.

I don't believe it, all they ever talk about is superficial hospitality.

I think true hospitality is consciously educating ourselves and striving to eliminate irrational discrimination and accepting customers as who they are.

There's no way Japanese business will be able to provide for foreign guests something they can not provide for people from their own country.

Two days to deadline for Contributions

We're having a fundraise for production of this book until the end of this month!

The amount of money you support is NOT for my living expenses. I will pass it all to production costs.

thanks for reading to the end!
Love, aya